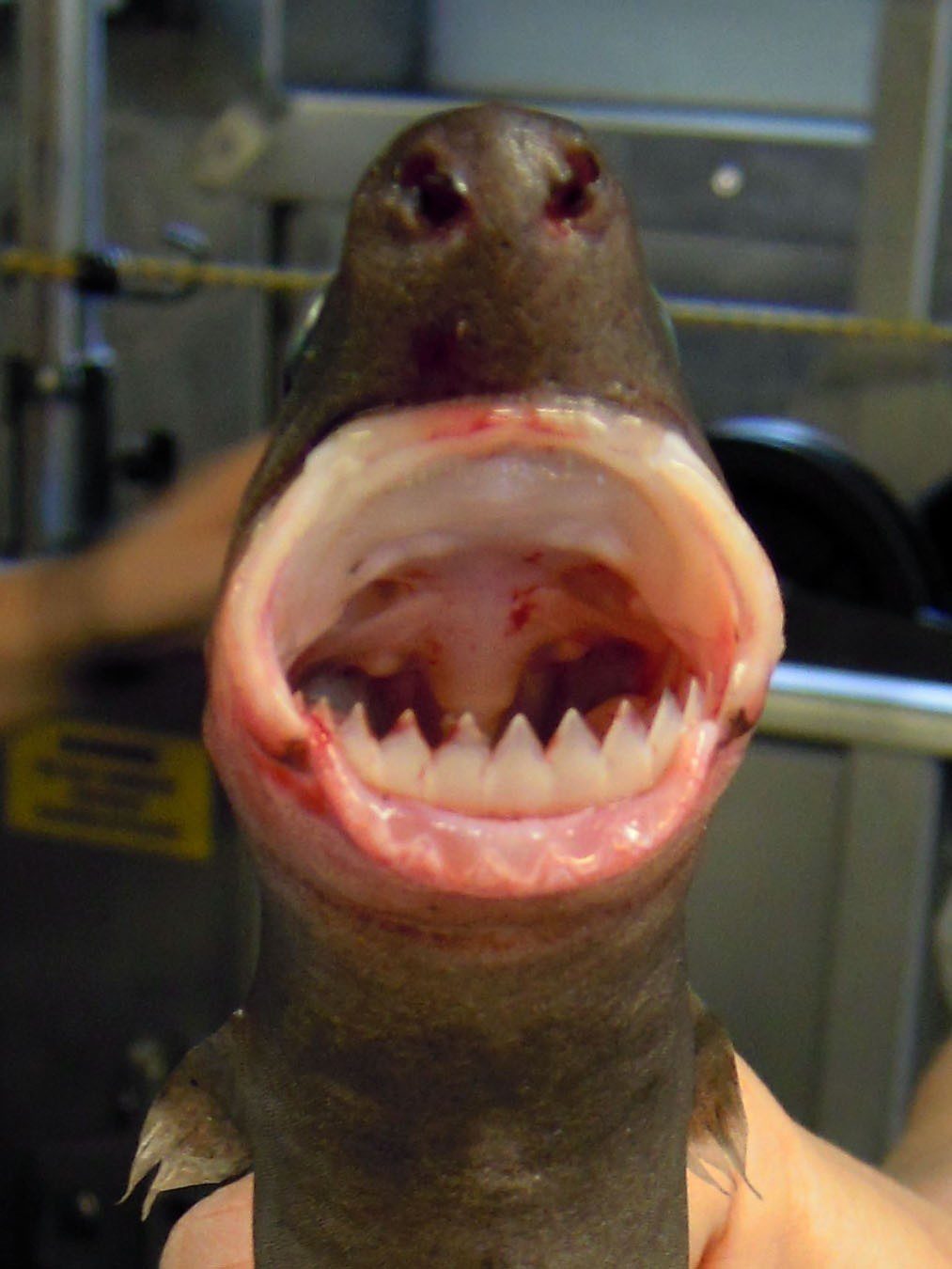 In what is believed to be unique behaviour, deep-dwelling cookiecutter sharks have been found to feast on creatures both from the top and the bottom of the food chain.

The species (Isistius brasiliensis) is small, rarely growing longer than 56cm, and got its name because it was known to take bites out of other animals.

Scientists have come across dolphins, swordfish, turtles, whales, white sharks and even human remains with distinctively shaped plugs of tissue taken from their bodies, and have also noted similar bites taken from underwater electrical cables. These “crater wounds” are typically 5cm across and 7m deep.

Cookiecutters, also known as cigar sharks, are common but live in deep water throughout the world’s tropical and subtropical seas, so little was known about them until a new study was carried out by a team led by associate professor Aaron Carlisle of the University of Delaware.

The researchers used 14 cookiecutter sharks collected by the Monterey Bay Aquarium from the Pacific around Hawaii. Although the sharks’ stomachs were found mostly to be empty, they were able to apply a range of new biochemical tracing techniques, including environmental DNA analysis, to learn more about their feeding habits and habitats.

It had previously been assumed that the sharks exhibited “vertical migration”, coming shallow only by night to feed on chunks of large prey, but now it seems that these forays merely provide a supplement to their regular diet of crustaceans, squid and small fish. It also seemed that only bigger cookiecutters migrated vertically.

“It turns out that all these bites we see on marine mammals and larger sport and commercial fishes and things really make up a relatively smaller amount of their diet,” said Carlisle.

“These animals occupy a unique ecological role in the world’s oceans,” he went on. “They feed on everything from the biggest, toughest apex predators — like white sharks, orcas, everything you can imagine — down to the smallest little critters. There’s not very many animals that do something quite like this.”

*****  MEANWHILE in Sardinia a baby smoothhound shark has been born in a tankful of females in what appears to be the first “virgin birth” for the species. Named Ispera (hope), it was born at the public aquarium at Cala Gonone.

Ispera’s mother had lived in the tank for 10 years with one other female, according to AGI, so the birth appeared to be a rare case of parthenogenesis, where an egg develops into an embryo without needing to be fertilised by a male’s sperm.

The process has been known to occur in more than 80 vertebrate species, including 15 sharks and rays.

It is thought to happen in the wild when there is a shortage of males, and to be triggered in captive females after long enforced separation from males, involving a reshuffling of the mother’s genes to create offspring similar but not identical to the mother.