Normally when you think about Maine, that’s the northeast coast of the US where it borders neighboring Canada, you’d be forgiven for picturing moose grazing amongst the mountains, or even numerous shipyards lining the flatlands of the coast.

HOWEVER, we have discovered that within the State of Maine, there are some great hotspots for scuba diving!  The 3,478 mile (5,597km) long coastline facing the Atlantic Ocean features a number of fantastic and unique scuba diving sites.

Coming up shortly we’re going to fill you in on scuba diving in Maine general and talk about the various weather conditions in the area.  And once we’ve fully covered all of that, we’ll then tell you all about the best 4 scuba diving spots in Maine, namely 1) Nubble Light, 2) Biddeford Pool, 3) Twin Lights, and 4) Fort Foster. 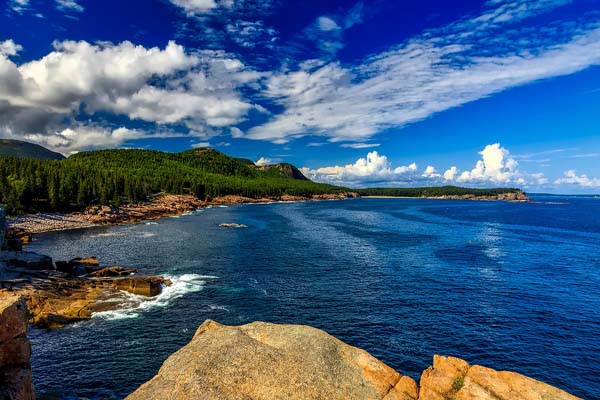 With it’s rather humid continental climate, Maine typically has hot summers, followed by cool winters.  The coastal area on the other hand, is another story altogether.  The influence of the Atlantic Ocean means that coastal areas see milder winters followed by cooler summers.

We have discovered that the best time of year to go scuba diving in Maine is during it’s summer, when the weather ranges from 50 to 60 degrees Fahrenheit, which works out at 10 to 15.5 degrees centigrade.

Of course at these sorts of temperatures, you will need a good quality wetsuit in order to avoid contracting hypothermia from the cold water.  We strongly recommend that you go with a wetsuit of at least 7mm.  This is because you will have to dive quite far down into the water in order for the water to become reasonably clear enough to see anything.

The other thing you need to be aware of before you go is the tides.  The tides in Maine see some quite considerable fluctuation which results in a very strong current.  This is fine if you’re into drift diving, but to be honest we strongly recommend that you do your scuba diving on a slack tide when the water  is moving more slowly.

With Maine being a more cold water environment, you won’t find any coral reefs in the vicinity.  But that however, doesn’t mean that there’s nothing to see there.  Whilst it may not have any coral reefs to speak of, marine life really flourishes in Maine.  Each of the four scuba diving sites in Maine that we’re going to talk you through shortly has its own unique combination of marine life to enjoy.  You will see the likes of crabs, lobsters, sea anemones and some rather odd looking fish dominating the waters.

Although shore diving is rather popular in Maine, not all of the top scuba diving spots are accessible from the beach, due to Maine's rather rugged coastline.  But that shouldn’t present a problem because they’re all accessible by boat. 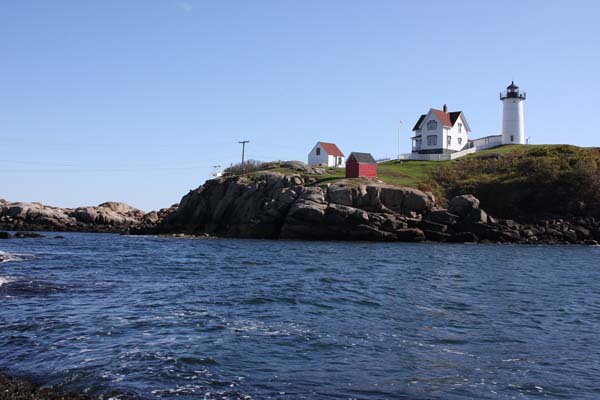 This popular scuba diving spot is super easy to find, thanks to the very tall structure of an 18th century lighthouse.  And since this lighthouse is built on an islet just a few hundred meters from the shoreline, the waters in between the islet and the coast make for a perfectly calm and quiet spot for scuba diving.

When you first enter the water, you will see protruding algal beds covering the seafloor.  As you go further into depths, you will soon start to see more marine life beginning to appear.  There are crabs, lobsters, yellow skates, torpedo rays, and pollock forming schools.

The Nubble Light features a rather shallow seafloor even at its deepest point, where the maximum depth measures just 15 meters (which is about 50 feet).  You should also bear in mind that the waters offer their best visibility in the shallower waters at ranges of 10 to 15 meters (that’s 30 to 50 feet).  After that the visibility tends to deteriorate as you go deeper and can become considerably more opaque.

Top Tip: we strongly recommend that you visit Nubble light dive spot on a weekday rather than on a weekend in order to avoid any crowds. 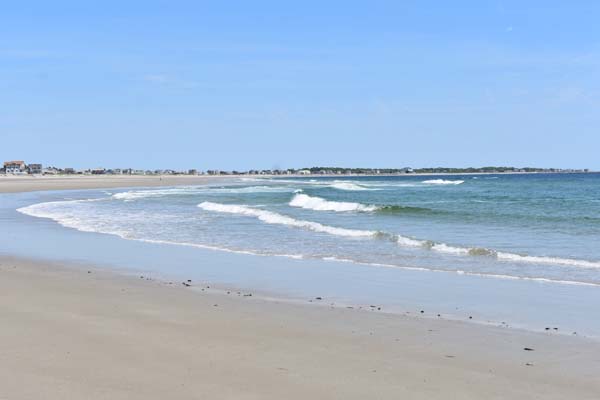 Known locally as “The Gut”, Biddeford Pool is a large but odd natural tidal pool.  It’s basically a flat land during low tide but during high tide it becomes a scuba divers dream!  It’s a relatively shallow scuba diving spot with a maximum depth of under 8 meters (25 feet to be exact) but the sheer volume of marine life you’ll see there more than makes up for it.

The shore entrance is mainly gravel on entrance, butv you will soon come across many algal beds.  You should then start seeing fish at just 3 meters deep, including a school of striped bass, and you may even be able to spot a sea lion following the school around and feasting on its prey.

However if you miss these marine mammals while you’re in the water, you may well spot them on the rocks nearby taking a break from the water.

Top Tip: we recommend that at some point during your stay you pay a visit to the former Fletcher’s Neck Lifeboat Station which has now been converted to a museum.

Twin Lights is a rather shallow scuba diving spot (12 meters at max) and takes its name from the two 18th century lighthouses you’ll see there, one at the eastern end and one at the western end.

As you descend into the dive spot, you will discover a rocky bottom filled with algae, and this algae bed can become quite thick in the summer.  Underneath this algae you will find some rather large crustaceans such as crabs and lobsters.

In addition to the marine life, some divers have found old coast guard artifacts, and underwater antiquity hunting has since become a popular activity in the area.

Top Tip: When you’re done scuba diving we can highly recommend that you check out the nearby restaurant which serves up the best lobster stew in Maine. 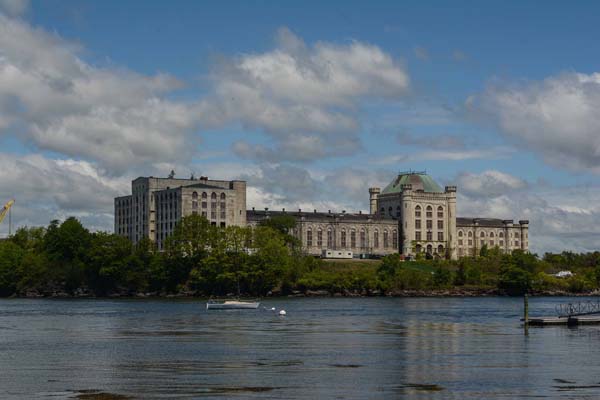 As the name suggests, Fort Foster is a former military fortress dating to the 18th to 19th century.  Right in front of this fort is a long shoreline which can be best accessed through Rocky Beach.

Large boulders are to be found underwater here, many of which are encrusted with algae that sway along with the tide.  A few meters later, you will come to a sandy patch where you’ll find garden eels, an odd looking fish that hides half their body in the sand, leaving only the upper body exposed.

Fort Foster is a great choice of venue for beginner scuba divers because of it’s confined setting and shallow profile of just 25 feet.

Can you scuba dive for lobster in Maine?

Nope. Unfortunately, there are strict rules regarding legal lobster fishing in Maine, one of which is that scuba divers are not allowed to do so. As you can imagine, seafood is particularly popular throughout this seaside state, and much of its finances are generated from fishing for the renowned Maine lobster.

First of all, it is not even possible to apply for a crab harvesting or non-commercial lobster fishing license unless you’re a legal resident in the state of Maine. If you do possess a license, you can transport, own, and fish for both crabs and lobsters, though it is illegal as a non-commercial license holder for you to sell them anywhere, by any means.

There are also further regulations for those with non-commercial licenses, for instance, you may only have five traps submerged in Maine’s coastal waters at any one time, whether those are for lobsters or crabs.

Those Maine residents looking to get their license must be at least eight years old at the time of submitting the application. The license only covers the individual who possesses it: anybody joining you on your fishing or trap-checking trip must not participate in any of the activities, though they are more than welcome to observe.

Be aware that although you might not think it, holding, measuring, or banding the lobsters, hauling or handling the traps at all, and even driving the boat that’s hauling traps all constitute as engaging in lobster fishing according to the law, so make sure those without a license really do keep their hands to themselves!

How old do you have to be to scuba dive in Maine?

At least ten years old! This is the age limit for receiving your Junior Open Water Diver certification in the state of Maine, at which point you are considered a certified diver.

There are plenty of crabs and lobsters in Maine, and we think you're bound to see them whichever spot you choose to visit.  But there’s no need to hunt them.  If you want to try a crab or lobster, there’s always a restaurant near a dive site, and better yet their catch is sustainably controlled and is even regulated by the government.